We didn't have one of our normal walks on Wednesday. We thought that it would be, aside from the fact that we were going out during the day rather than night. It had been raining for days straight and we heard that the bridges that stretched over the Mohawk River had closed. We were curious to see "how high the river had risen." (Unsuspecting fools....).

Once we descended my hill (Spring Street) we turned right onto Canal street and it literally was a canal. It was still passable so what the hell, we walked through it. ( I think I'm half tadpole anyway) There were people everywhere in various stages of dampness pumping water from their basements. The police and fire officials were directing traffic (or what little traffic there was - you couldn't get very far by vehicle as we were to find out) because the electricity and phone lines were down. Not the quiet yet zany walks we were accustomed to. A left onto River street explained the fuss.

Water was pooled into the intersection. Willett Street was beyond flooded, it was a free flowing river in its own right. Apparently, the steady week long rain had flooded the river and filled the Mohawk Valley like a sink basin. I'm just glad now that I didn't decide to take my car out to tour around as I'd only be detoured into a frustrating circle with no hope in finding a tangent.

What became our concern was an Animal Hospital very near the flooded streets and all its tiny, helpless occupants. To get a better look, we had to get closer. Getting closer meant crossing a river that should have been road. But we did. Yes, I know...bacteria...but we had to check. (Come on! I love water. Skanky river water or not.) It was up to my waist but I'm only 5'1" anyway. So of course it would seem like more to me.

Here is a picture I took waist high in filthy water. That kid on the bike was in for it. He was in a more shallow area. 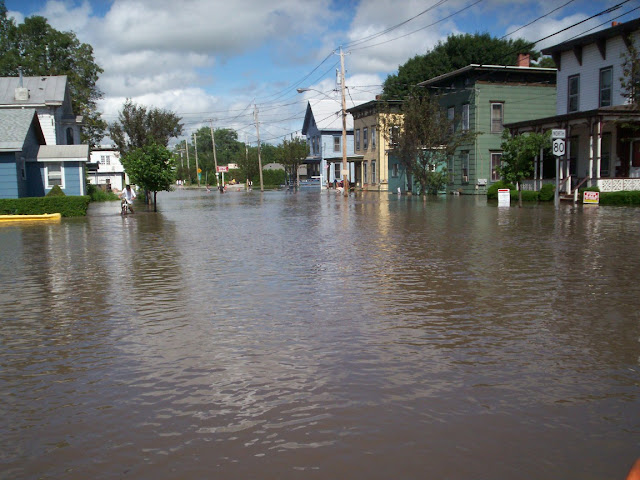 We splashed the whole way, fumbling for our footing on curbs and declines. Much to our delight there was no water lapping at the foundation of the hospital. However I did see a little cat swimming in what was supposed to be some ones side yard...I feel guilty but I really couldn't have gone after it.

Here is a picture of Willett Street. I'm still in the water at this point. (I used to live in that little yellow house when I was a baby.) 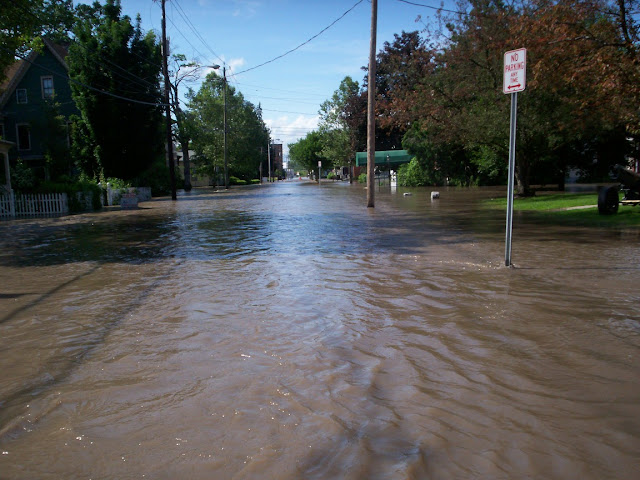 Shortly after, this body of water started filling up with gasoline. The water pressure was bringing the gas from the local stations to the surface. A bunch of rednecks were lighting matches to see if it would catch on fire...nice way to display your intelligence people....really. Other people were allowing their children to play in the water no less, and I mean play, like heads-under-water kind of play. If you think the idea of your child chugging raw sewage (you know kids and water...it's always in their mouth) is a good idea...then that's your problem.

Day 1 was pretty much that. Walking around and surveying. I'm peeved that I couldn't get more pictures but my batteries kept dying in my camera and I'm just so prepared for these kind of things... :-)

The only good thing I can say is that the silly flood swept my agoraphobia away as well. I was able to stay out all day. Odd.

We went back out to survey the damage. I was able to take more pictures this time.

Here's two of just a handful of shopping areas in this itty-bitty village. Note where the water was originally (the wet line). I mean, yeah these buildings were a bit on the cruddy side but this is not the way to clean them off!

I wonder if there are any letters in that mail box....?? 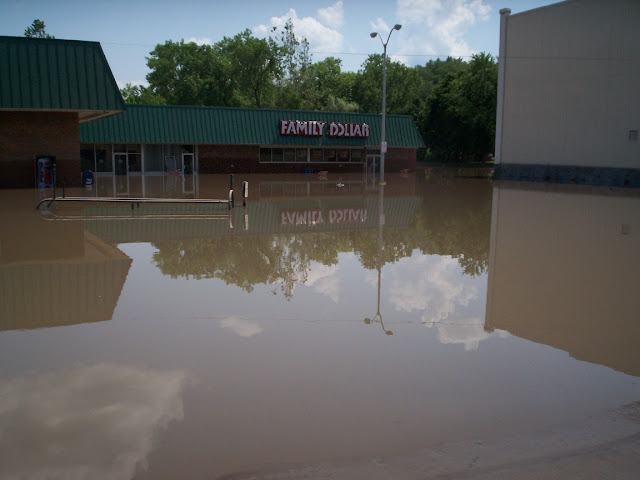 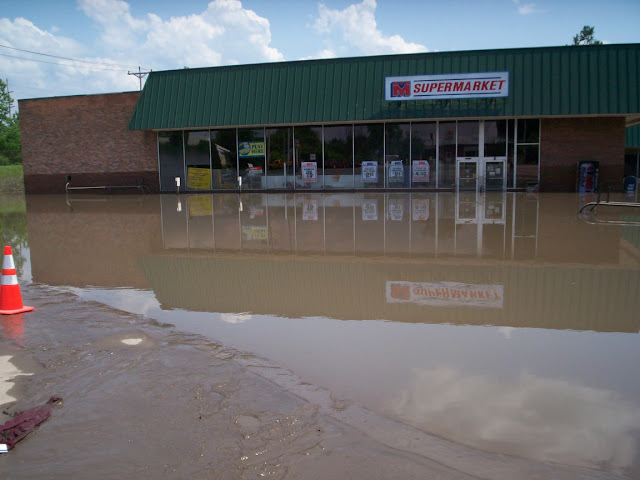 Here's Agway. This is one of the deeper areas. 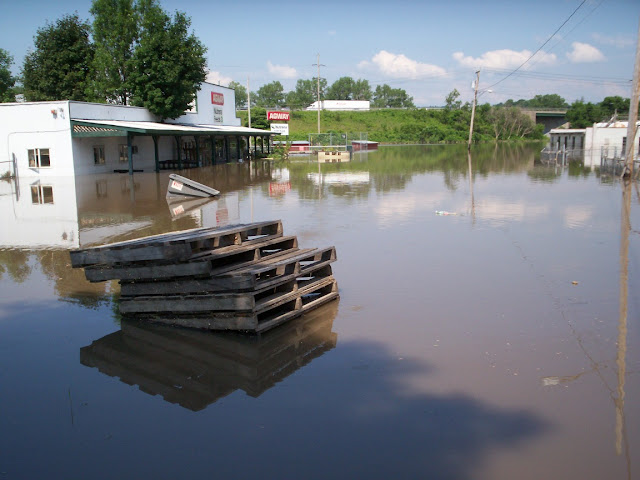 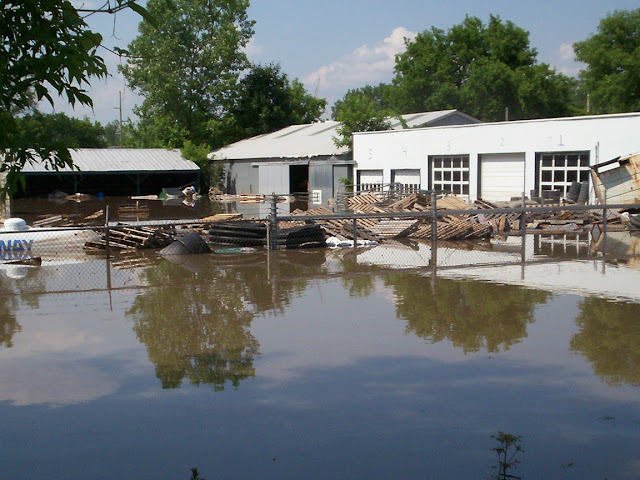 The Mohawk River - too high! 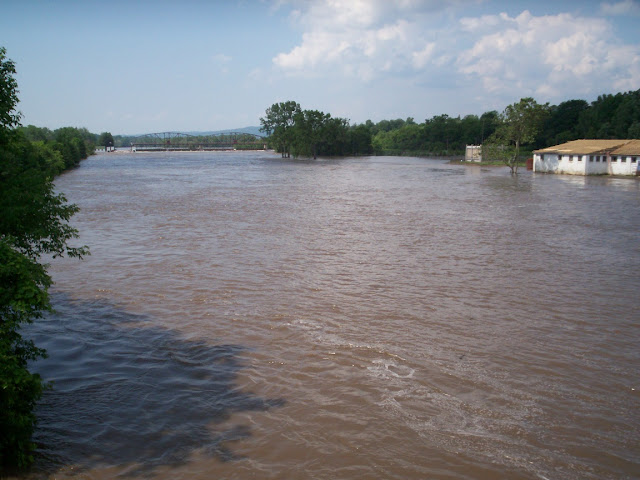 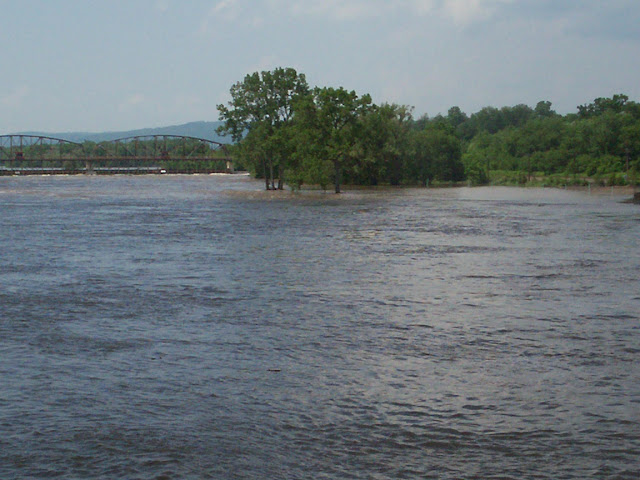 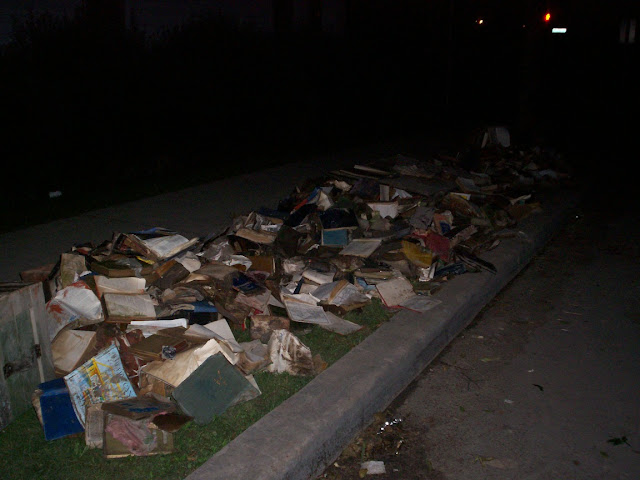 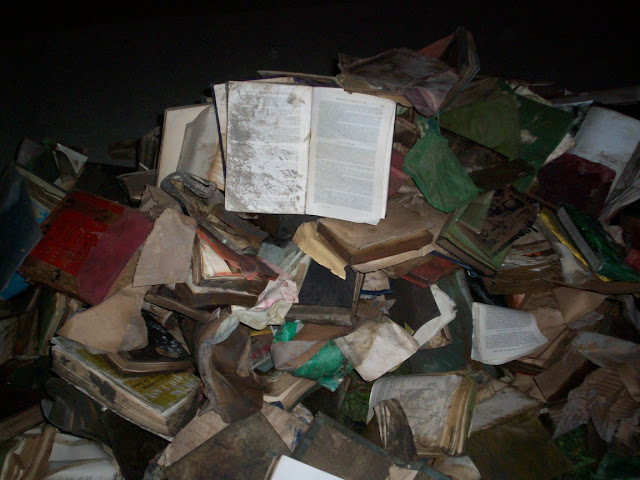 Site monitored and maintained by The Frog Who Would Be King. He enjoys chocolate flies, Tom Jones, and foul humor.